Pacifiers have been going missing in Dovey the dog's house. After the dog's grandma noticed him jump up on the counter and grab her granddaughter's pacifier, she knew something was up. Dovey's dad took him to the vet, who noticed he'd lost weight.

An x-ray proved Dovey had a habit of snacking on pacifiers. All in all, doctors at Edmond, Oklahoma's Gentle Care Animal Hospital removed 21 from the pooch's stomach.

"All of them stacked up on each other in the stomach,” Dr. Chris Rispoli explains. "In 20 years, this is the craziest surgery I've ever done."

Companies have been known to sneak symbols into their logos and packaging. FedEx famously hid an arrow in their name and there’s a Hershey’s Kiss hidden in the Hershey's Kisses logo. And this holiday season, Coca-Cola has gotten in on the game as well. 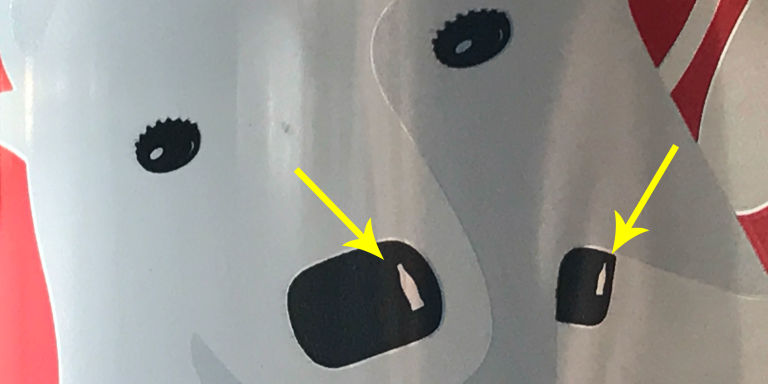 They’ve hidden some clever images into their classic polar bear holiday cans. Reddit user sunkist268 first noticed the parts of Coke bottles inside the bears themselves. The bear’s eyes are upside down bottle caps. And where light would hit the bear’s nose, they’ve got a silhouette of the glass Coca-Cola bottle. Now you can impress your coworkers in the break room with your new hidden symbol knowledge.